Domaine Ouled Thaleb is named after the tribe that owns the vineyards’ land and works at the winery. It was established in 1923, and the vineyards were planted the same year, with the first harvest in 1927. Located in the Zenata coastal appellations between Casablanca and Rabat, Ouled Thaleb led the renewal of the Moroccan wine industry in the 1990’s. While most of their fruit is estate grown, Ouled Thaleb partners with neighboring growers in order to produce classic style wines under the direction of winemaker Stephane Marriot. The vines are gobelet trained to protect from the heat. Although the temperatures are high during the day, the Atlantic Ocean provides a cooling breeze and it is much cooler than in Meknes (which is further inland), with lower temperature at night.
Farming/vinification practices: sustainable.

With its high mountains (Atlas) and maritime influence, Morocco is a great area for growing grapes. French settlers brought their wine traditions with them when Morocco was a protectorate of France (1912-1956). When the settlers left after Morocco regained its independence, the kingdom of Morocco took ownership of the vineyards. The industry lost not only the French expertise that had created it, but also an important consumer base, both locally and in mainland France. As a result, the vineyards were either abandoned or replanted with cereal crops, and the production went from 400 million bottles a year to almost nothing – the Zniber family was the only one to keep the tradition alive at the Celliers de Meknes. It took King Hassan II – a graduate of the University of Bordeaux and friend of several producers there – several years to revive the industry. By offering French producers special prices to rent the land, he attracted several companies that replanted the vineyards with Carignan, Cinsaut and Grenache followed by Syrah, Cabernet Sauvignon and Merlot. Since 2000, the industry is slowly regaining some of its splendor, and is back to producing about 43 million bottles. Most of them (more than 50%, and in some cases a lot more) are consumed locally. While the sale of alcohol to Muslims is in theory prohibited, the law is rarely applied. 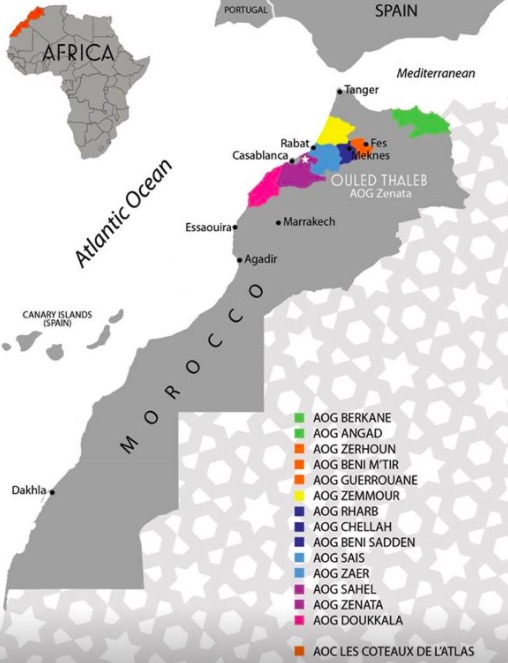