Established in 2001, Carlton Hill Vineyard is located in Yamhill-Carlton AVA, on a hook-shaped ridge wrapping around to the east. The much higher High Heaven Ridge protects the property from the south; the Coast Range rises to the west of the property. The 6 acres of Pinot Noir (Dijon 115 and 777 clones) are planted at an elevation of 350 to 450 feet.
Winemaker Chris Berg only chooses the best vintages to produce Racine; previously 2005, 2008 and 2012 were chosen for a premier bottling, and in the past, it has only been from their estate vineyard. Well, 2014 was such a fantastic year, that Chris decided to make FOUR single-vineyard Racines. The fruit was impeccable, and the wine shows.
Fermented with indigenous yeasts and aged 18 months in barrels. 14.0% alcohol. 22 cases produced. 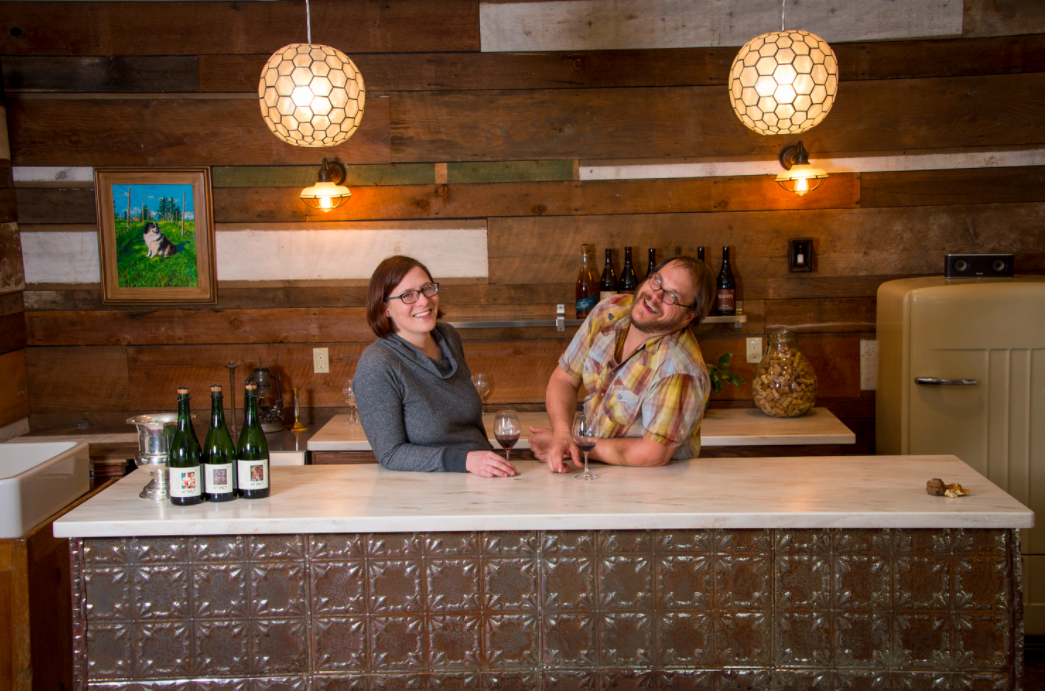 Born in Racine, Wisc., and raised in Idaho, Pennsylvania and Illinois, winemaker and winegrower Chris Berg didn't always know he wanted to make wine. In fact, when he graduated from the University of Kansas in Lawrence, with a bachelor's in English, he wasn't sure what his future held, as far as a career. Meanwhile his parents, Chuck and Dian Berg, had decided to relocate to Oregon from Illinois with the purchase of a manufacturing company in Tualatin, Ore. Chris soon followed and helped his parents at the plant, as well as the other reason for the big move: planting a small vineyard.

In 1999, the Bergs planted seven acres of mostly Pinot Noir on the 20-acre property near Yamhill in the Yamhill-Carlton District of the Willamette Valley. Chuck and Dian built a small house on the vineyard, and Chris lived in Portland with his wife, Hilary, also a Jayhawk. The manufacturing business closed its doors in 2000, and the Bergs found themselves full-time winery folk. In 2001, Chuck and Dian moved to the sunny locale of Wickenburg, Ariz., to be near Dian's parents. Chris and Hilary were then given the opportunity to move to the vineyard from Portland. In 2002, the Bergs picked their first harvest of a whopping three tons, which were made into 72 cases of Pinot Noir.

Today, Roots produces approximately 5,000 cases annually. Wines include the flagship estate Pinot Noir, as well as eight single vineyard-designate Pinot Noirs, sourced mostly from neighboring vineyards in the Yamhill-Carlton AVA. Other wines include a Grenache, Pinot Gris, Melon de Bourgogne, Sauvignon Blanc, Chardonnay and a Méthode Traditionnelle sparkling named after their son, Theo. All these wines are made in small lots and handcrafted using indigenous yeasts. Roots' reserve Pinot Noir label, Racine, honors the town in which Chris was born. (The name means "root" in French).

In homage to one of Chris' favorite artists, Roots' second label, Klee (named after Paul Klee), makes up the largest portion of the case production with 2,000 cases made annually. The artwork is their own adaptation of a Klee painting. Roots' other second label, Sheboygandy — a play on words combining Sheboygan (another Wisconsin town) and Burgundy, the ultimate Pinot Noir region. Both Klee and Sheboygandy are made from premium Pinot Noir fruit.

Farming/winemaking practices: organic. Indigenous yeasts only. The wines are not fined (except the whites, with bentonite) and are vegan.